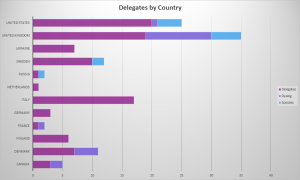 Monday opened with registration for what is the biggest Dyalog user meeting on record – it could have been even bigger but we had to turn some people away because there was no more room available. In total there are 126 attendees (even more that when we went to print with the programme!) made up from 95 delegates, 12 spouses and partners, and 19 Dyalog employees from around the world as shown. 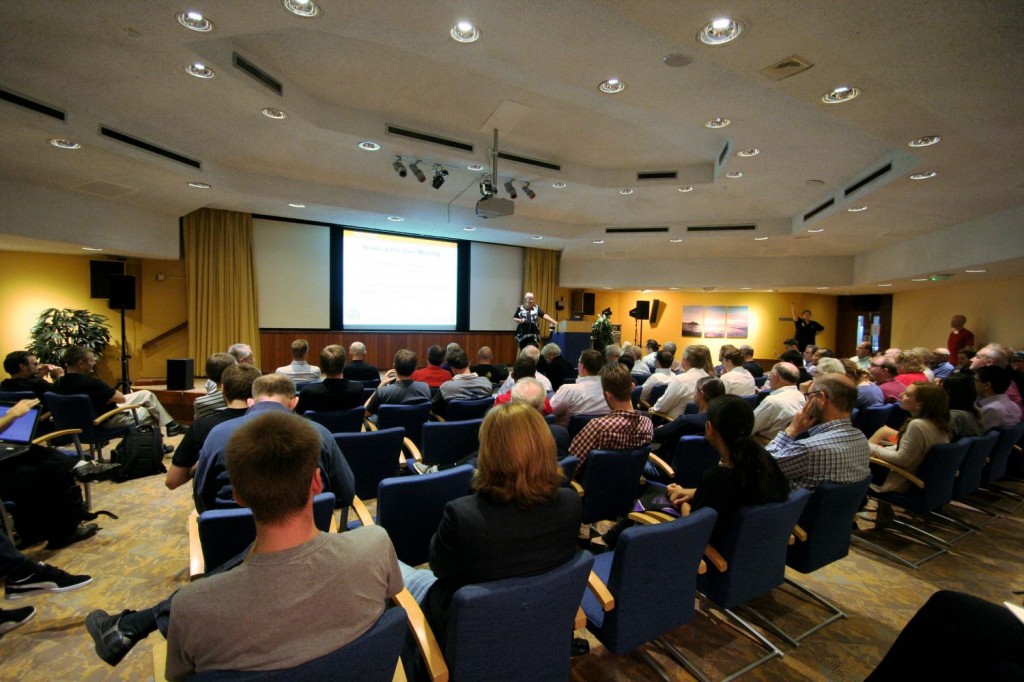 Charles Brenner performs forensic analysis of DNA and DNA mixtures – an intensive mathematical process. Others use complicated statistical and Monte Carlo methods but by using APL as his tool of thought, Charles has devised techniques which are more accurate and many times faster than competing applications supported by multi-million dollar funding.

In today’s session “The Tuning Pipeline”, Roger Hui noted that for the index-of family of functions, a faster algorithm is often possible if the left and right arguments are “the same”, up to a factor of two. “The same” means the that the values have identical references so that they can be compared with a simple and quick check. For example, x⍳x is a selfie but x⍳0+x or x⍳(⍴x)⍴x are not.

Selfies occur in less obvious places – when finding uniques (∪x), in the key operator, and in x∧.=⍉y as well as in x⍳x and ⍳⍨x. You can try this yourself for various datatypes. A selfie which is not faster is an opportunity for a performance improvement.

Also in “The Tuning Pipeline” session, Roger Hui and Kimmo Kekäläinen looked at some of the recent performance improvements in Dyalog. It has long had idioms for sorting ({⍵[⍋⍵]}, {⍵[⍋⍵;]}, etc.) Interestingly, for some common datatypes, sorting is faster than grading. You can try this yourself for various datatypes:

The point is written up in this essay on the J website. The webpage uses J but the explanation applies to APL (or any other language). Quoting from the webpage: “Grade needs to keep track of the argument array and the list of indices. Sort just needs to keep track of the first. … When the argument items can be manipulated efficiently, as would be the case when the items are machine units (1, 2, 4, or 8 bytes), then sort can eschew a separate index array.”

An awed silence gripped the room as John unveiled ground-breaking techniques for minimising life’s distractions and maximising programming productivity. It is too early to say how far-reaching this approach will turn out be in real life situations and whether it will affect The Global Economy as a whole. John appeared to have all categories of distraction covered. Let’s see. Like Woodstock ’69 and The Isle of Wight ’70, in years to come you may be able to say “I was there”. 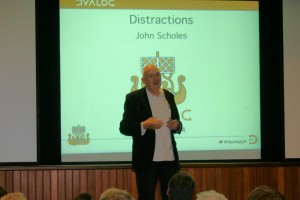 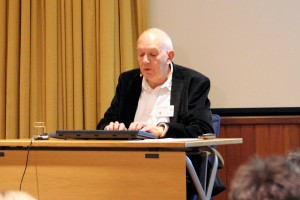 Tomorrow’s schedule features five user presentations and four Dyalog presentations covering the themes of code management and reuse, performance, presentation tools and cryptography. In the evening Morten will demonstrate the progress he has made with the ‘bots (something that should be very familiar to regular readers of the Dyalog blog!).