The weather predictions have been spot on so far; it’s been another lovely sunny day at Eastbourne – here was the scene this morning at sunrise: 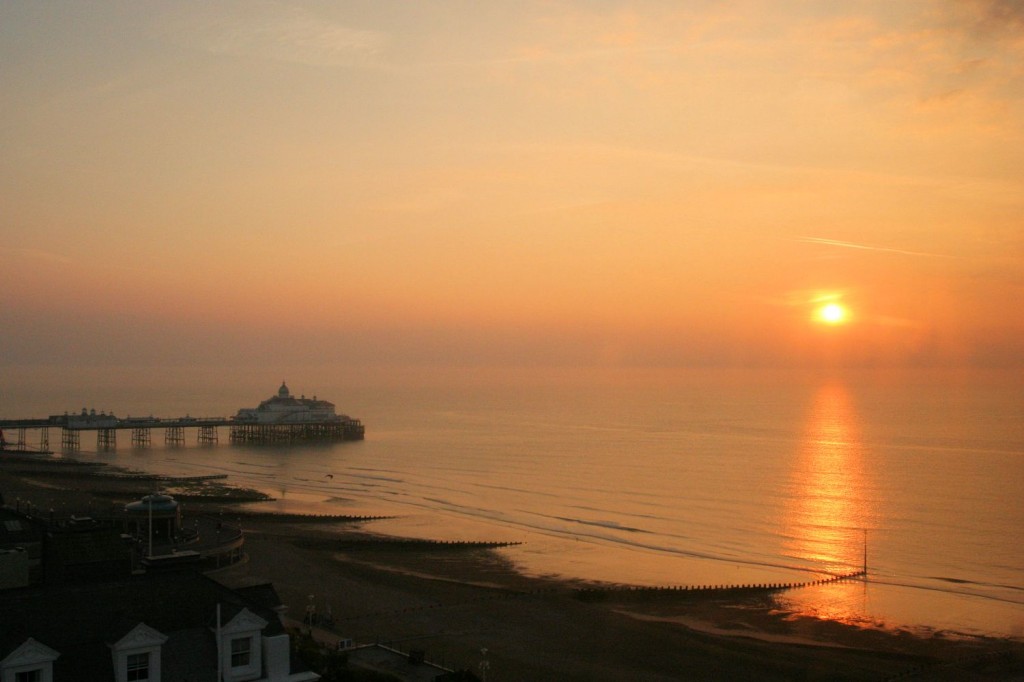 It was another busy day of presentations – read on for some highlights! After dinner tonight the evening will be rounded off with Morten and his Dancing ‘Bots – controlling two robots in parallel.

As he demonstrated Chart Wizard – a front-end to help building SharpPlot charts – Nic pointed out a few useful tips about chart design: 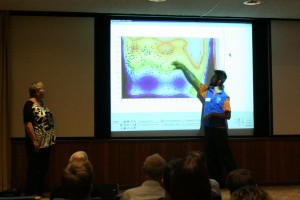 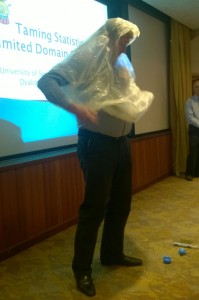 The registration packs that delegates received included a stick of rock and a rain poncho generously donated by Optima Systems. As these items were unfamiliar to many from overseas, Paul Grosvenor – Optima Systems’ Managing Director – modelled them for us. 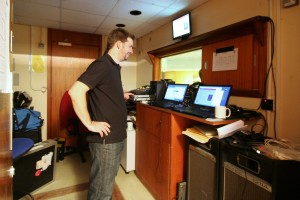 Jason in the AV room

Behind each presentation at Dyalog ’14 is a team of people taking care – hopefully mostly unnoticed – of all the AV requirements. Jason and Jonathan are working full-time in the AV suite and they are being assisted by a rota of Dyalog staff and Liam Flanagan, who has temporarily returned to us for the event, as microphone runners and camera operators. In total there are ten audio feeds and three video feeds, and every presentation is being recorded.

Generally, each presenter has different software and hardware needs and we allow everyone to use their own kit. In past years this has meant that changeovers have sometimes been less than seamless so this time we are experimenting with a system that allows one presenter’s equipment to be set up while the previous session is still taking place – this is giving a really noticeable speed-up in the changeover times.

Over the coming weeks the recordings will be edited and released online. The presentations will be released at the rate of approximately two per week as each generally takes around six to eight hours to edit and needs to be reviewed and approved by the presenter. 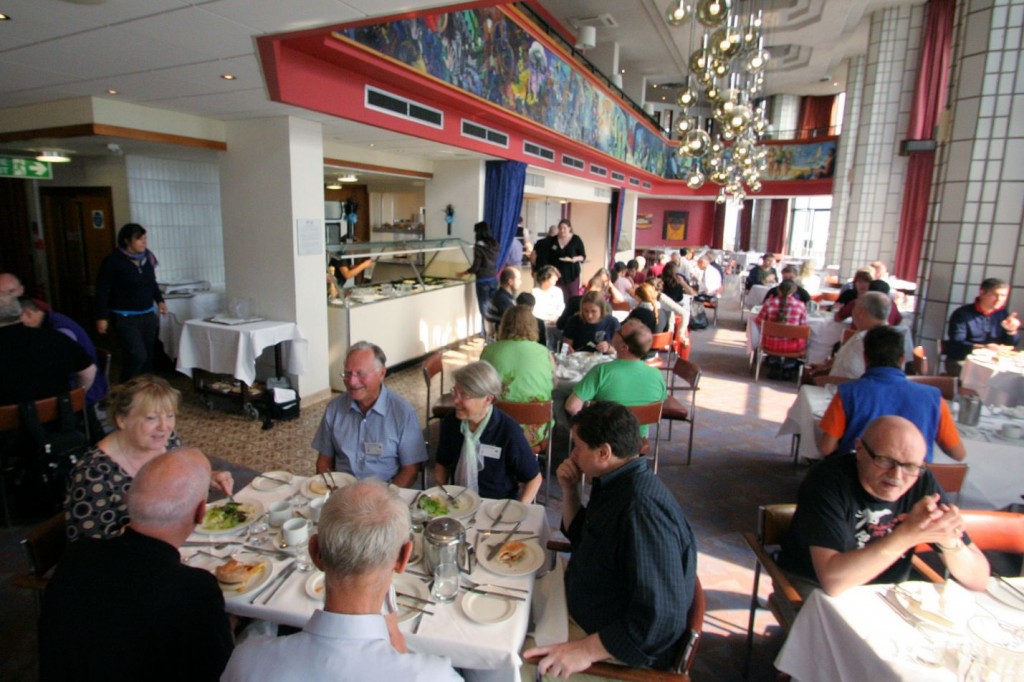 Tomorrow morning’s schedule includes two Dyalog and two user presentations. The afternoon will be dominated by the Viking Challenge (don’t forget to wear outdoor clothes and shoes that are suitable for walking!) followed by the prize ceremony for the International APL Programming Contest 2014. The two winners (one student and, for the first time, one non-student) will talk about how they achieved their victory. Everyone is encouraged to give this next generation of APLers their full support. The banquet will round off the day.