Today was the last day of the user meeting, a further half-day celebrating 50 years of APL, with presentations both looking back at the history of APL from its beginnings to the present day, and looking forward to the future and how it can reach new audiences. In that vein, Roberto Minervini, a teacher from Italy, brought four of his maths students to show how they use imagery to help understand APL concepts – culminating in a picture-based prize contest for the audience to to play on their mobile devices. The winners of that contest were: John Daintree, Jay Foad, Luana Maria Delmonte, Stefano Lanzavecchia and, in first place, Brian Becker. 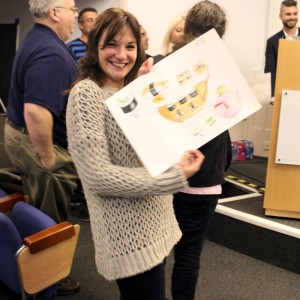 This afternoon the user meeting ends with the remaining four workshop sessions.

The banquet dinner is always a lavish event – a great occasion to get to know your fellow APLers better whilst enjoying the food and wine that Gitte has carefully selected. This year’s was no exception – a feast of Scottish fare with a traditional piper and an address to the haggis. 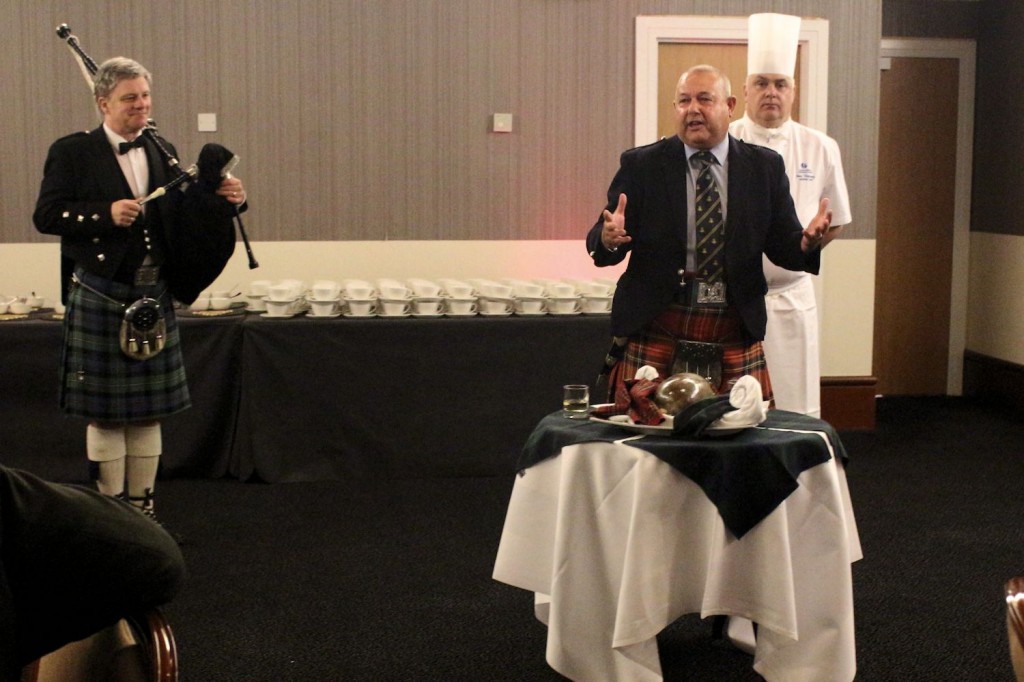 This was the evening that Morten and Gitte were presented with their Iverson Awards.

The Kenneth E. Iverson Award is bestowed at the discretion of the Special Interest Group on APL of the Association for Computing Machinery (ACM SIGAPL). We were honoured to have four past winners at the user meeting and they were introduced by Brian at the start of the banquet – Ray Polivka (1990 winner), John Scholes (1995), Roger Hui (1996) and Roy Sykes (1998).  Following this, Paul Grosvenor, managing director of Optima Systems and chairman of the British APL Association, presented the 2016 award jointly to Morten and Gitte, for Outstanding Contribution to the Development and Application of APL. 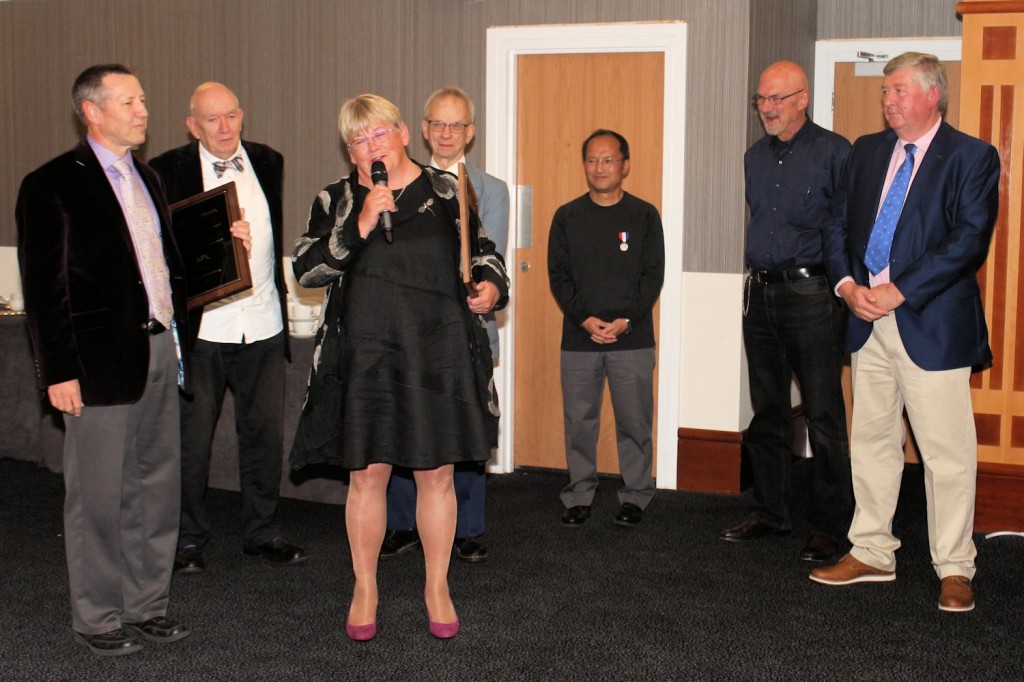 Later in the evening there was an award presentation almost as prestigious – to the winners of the Stormwind competition. The contest had been for teams of two (a driver and a navigator in each) with the aim being to get safely from one point to another as quickly as possible. Congratulations to the winning teams: Andrea Arbaci and Moris Zucca (APL Italiana), Silvia Bossi and Guido Montagwani (also APL Italiana) and in first place: Mike Mingard and Jenny Hopcraft (Optima Systems).

Gitte took us through the use of APL through the decades and showed how it has changed from time-sharing to bespoke development over consulting to commercial software packages. She pointed out that APL is ideally suited for mode 2 in the Bimodal IT development  model coined by the Gartner group in 2015.

Our venue this year has been The Golden Jubilee Hotel – a name very fitting for an event celebrating the golden jubilee of APL. It is around 15 minutes from central Glasgow and several delegates have taken the opportunity to visit not only Glasgow itself but also nearby Loch Lomond and local distilleries. The hotel is a dedicated conference centre and thus has had excellent facilities for the event. 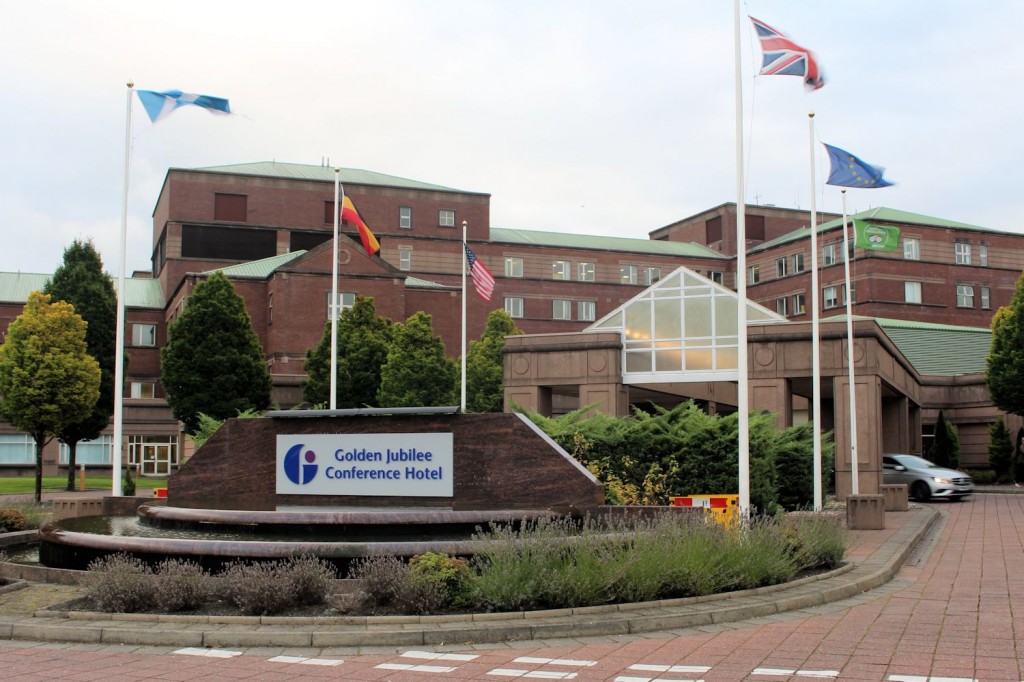 It’s been an exhilarating few days – Saturday seems so long ago now! Dyalog ’16 is now coming to an end but Morten and Roger are already en-route to Bangalore to present to a new audience at Functional Conf from Saturday. Meanwhile, the countdown to Dyalog ’17 begins now!