Happy New Year – and Welcome to the 6th week of Dyalog ’18 video releases!

If you enjoy geometry, 2019 starts with a couple of real treats; one which builds up to the use of complex numbers just before the end, and another which starts with them and moves on to Quaternions. Alternatively, if you think vectors and matrices containing imaginary numbers are a bit esoteric, what could be more “down to earth” than taking a look at various ways to efficiently extract data from Excel spreadsheets? Finally, we have a talk on a Theory of Everything, which will obviously interest everyone!

Returning to the maths: Nic Delcros asks a seemingly trivial question about the number of dimensions of a vector. As any APLer knows, a vector is a list of numbers and, therefore, has 1 dimension, but of course the numbers in a vector nearly always represent a structure of higher dimensionality. Nic takes us on an entertaining exploration of the case where the numbers represent a dynamic event, where one of the dimensions is time – punctuated with beautiful images. 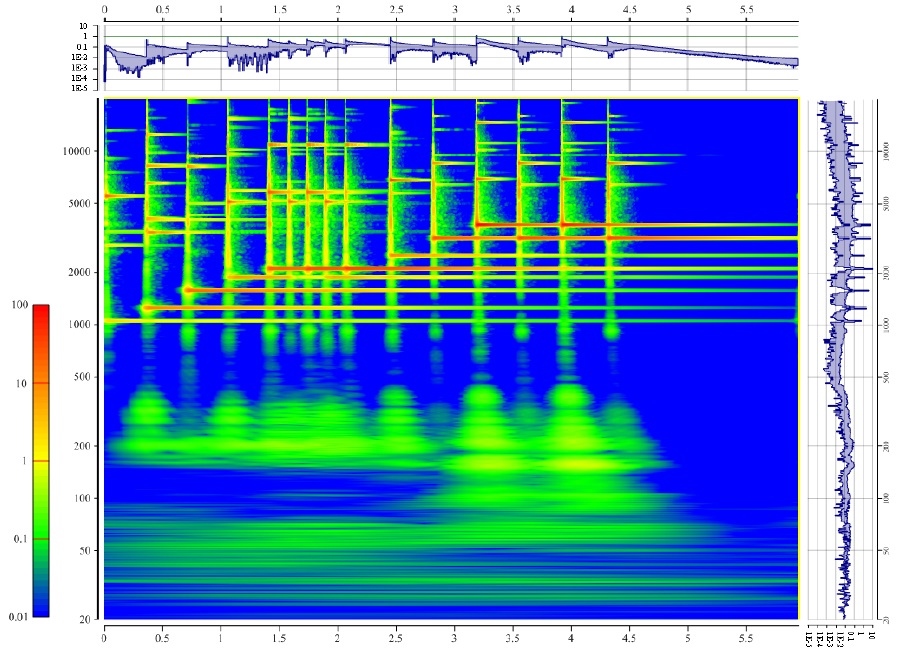 Dieter Kilsch from the University of Applied Sciences (Technische Hochschule) in Bingen obviously enjoys teaching mathematics! In this talk, he actually managed to make me think that I had some insight into why the Irish mathematician William Hamilton invented the Hamiltonian number system (which is populated by Quaternions), and how it allows us to do algebra on points in a 3-dimensional space, similar to the way complex numbers work for 2 dimensions. For example, Quaternions can be used as a tool of thought and computation for image recognition! 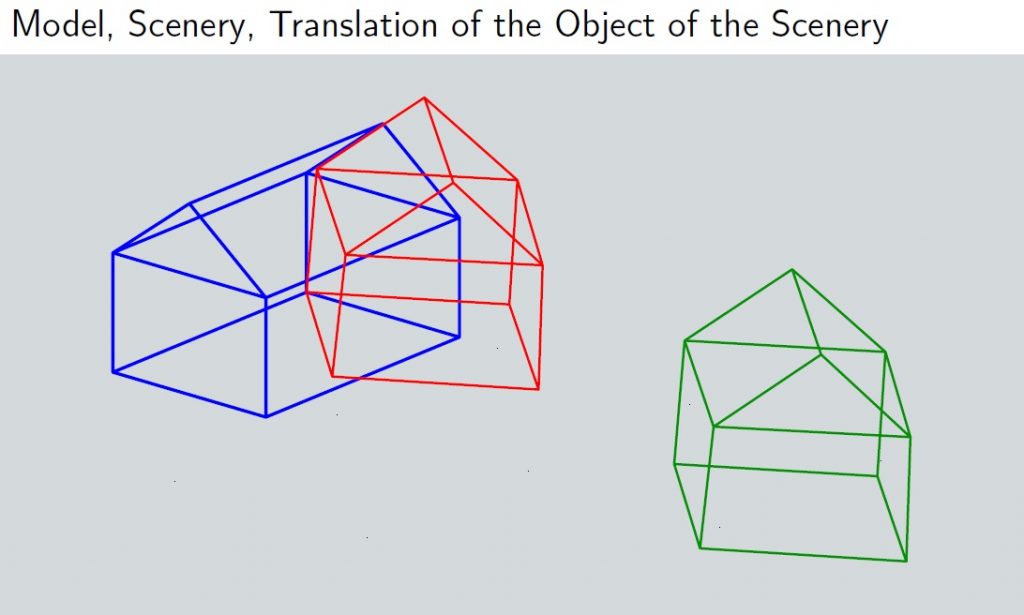 Returning to the very real world, Richard Procter is back with an updated talk on “Excel Mining”, following on from his talk at Dyalog ’15 in Sicily. Like many of us, he frequently needs to load data which originates in Microsoft Excel into APL for processing – and sometimes write back to Excel. Richard has tried a variety of different techniques and provides a list of questions that might decide which technique to use in a given scenario (and performance measurements as well). 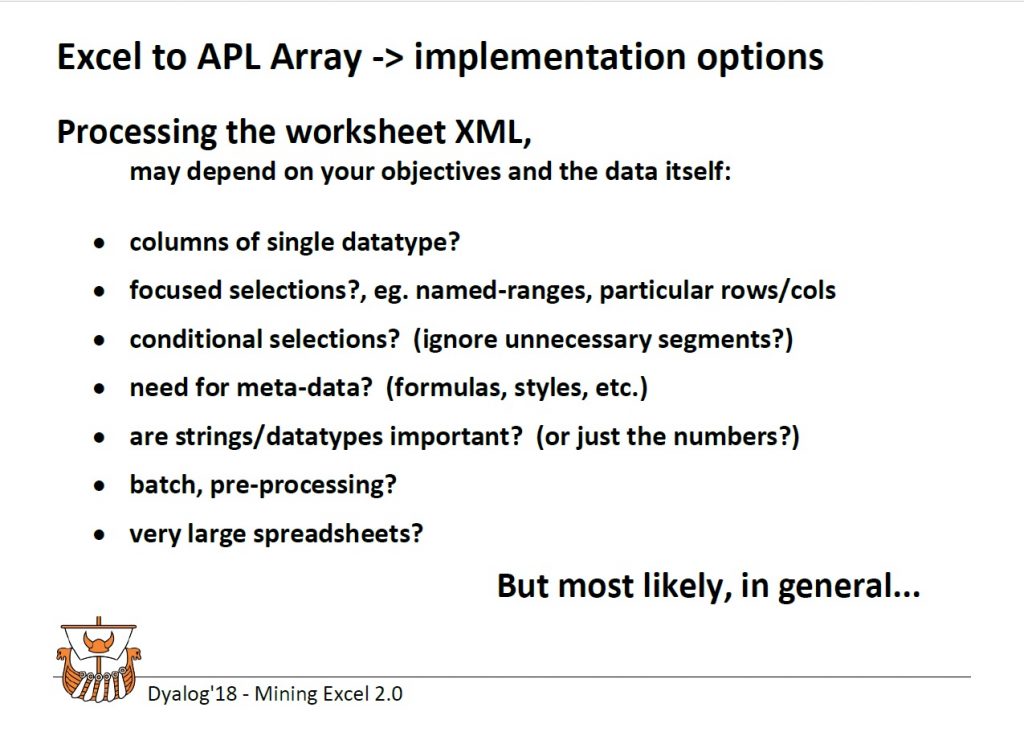 It should be no big surprise that John Daintree’s big TOE is not something he needs to take a shoe off to demonstrate. Rather, the Theory Of Everything is a unifying idea that might one day replace a large number of system functions, “root methods” and I-Beams which currently allow programmers to ask questions about the Universe that they are running in. The result will hopefully be a system that is more powerful, but simpler and much more self-documenting than the collection of tools that it would replace. 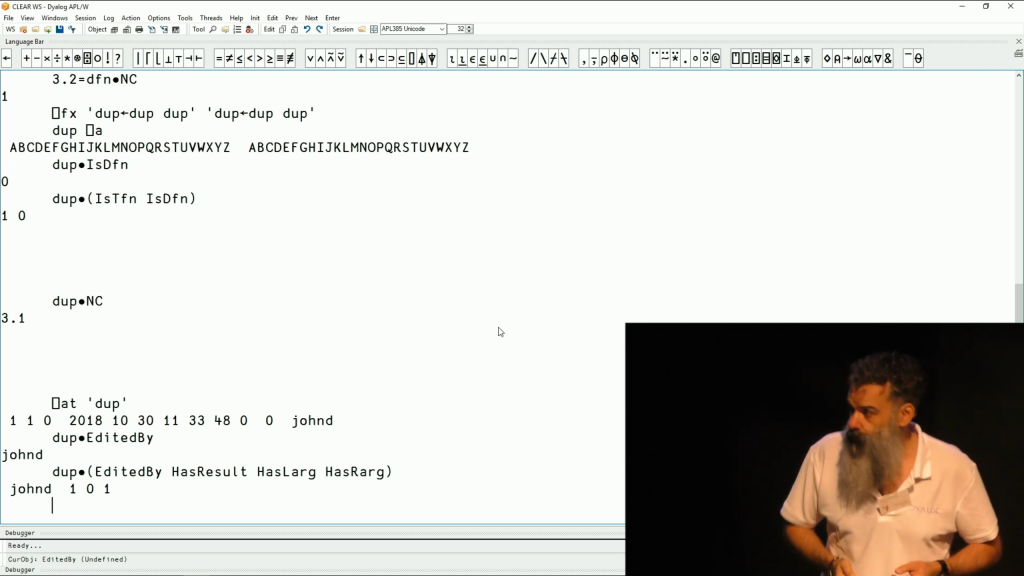