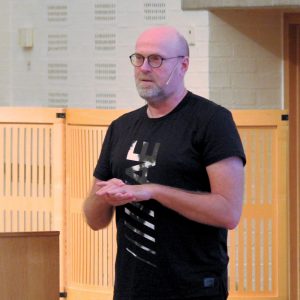 Scrinium is a portfolio management system that can handle a comprehensive range of financial assets, collect them into “portfolios”, and compute returns (SR, ANN, TWR), risk (Std, VaR, Duration, Convexit, Delta, Gamma, Sharpe) and relative risk (Alpha, Beta, Jensens Alpha, Tracking Error). It deals with benchmarks, and so on and so forth. However, Claus Madsen’s presentation at Dyalog ’19 doesn’t delve deeply into financial maths. Instead, his talk is mostly about the architecture of Scrinium. To allow himself to focus on all of the above-mentioned computations, Claus has organised all of his computations into classes, which he exposes as Microsoft.NET assemblies. This allows him to leave the production of user interfaces and other wrapping to “IT people”.

The other two presentations featured this week are about the statistical package TamStat. TamStat has a new graphical user interface based on the HTMLRenderer, which means that the interface is identical under Microsoft Windows, macOS and Linux. 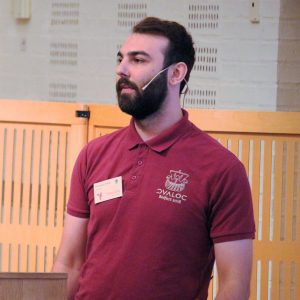 Stephen Mansour was unable to attend the Dyalog user meeting this year as he was busy teaching statistics using TamStat at Scranton University in Pennsylvania, US. In two talks at Dyalog ’19, Richard Park and Michael Baas provide two different perspectives on the new TamStat UI. First, Richard talks about the fundamental design of the underlying statistical language and how the UI guides inexperienced users and helps construct executable TamStat statements. Michael follows up with a talk on the implementation of the “Wizards” and other features of the new UI that he has worked on during 2019 in collaboration with Dr. Mansour.