During the recent APL Seeds ’22 meeting, it was suggested that we introduce keywords that could be used as an alternative to APL symbols. Several historical APL systems have provided such mechanisms. However, rather than adopting one of the old keyword schemes, we have decided to go for a more future-proof solution, recognising that the modern equivalent of keywords is emojis.

Emojis are already in widespread usage: they are included in fonts, and there is support for entry of emojis on a wide variety of devices. We have decided to adopt the existing proposal by StavromulaBeta, with minor changes. Examples include:

In addition to usage of the language bar, and platform-specific emoji input methods, input via emoticons like :) and shortcodes like :slightly_smiling_face: (as used in chat clients and on GitHub, respectively), can be toggled on. 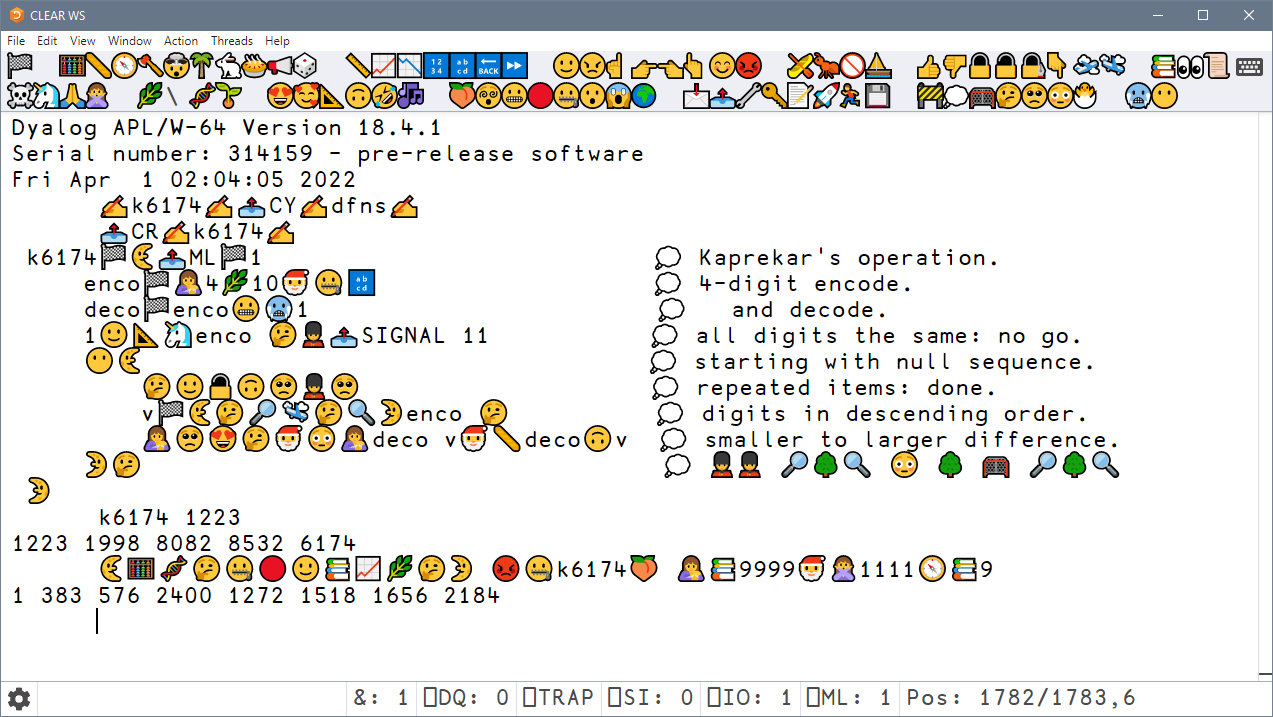 Screen-shot of a representative 18.4.1 sample session.

Backwards compatibility will be provided by an automatic translation mechanism on )LOAD of existing workspaces, and Link will update all source files, on first use of the new version 18.4.1.

For users of the Classic edition, new ⎕Uxxxxx spellings will be introduced. For example, the last expression in the above screen-shot will be:

Unfortunately, we are not able to make the new version available on the Apple macOS® platform, where the use of a certain of fruit emoji makes it impossible to introduce the new spelling.

We will be announcing the release date for version 18.4.1 shortly. Please contact support@dyalog.com if you would like to participate in testing the pre-release, or have suggestions for improving the choice of emojis.