Dyalog version 17.1 will be released soon, with the HTMLRenderer working under Windows, macOS and GNU/Linux, the “Link” system providing infrastructure for connecting APL to source code management systems, pre-built Docker containers with Dyalog APL for Linux installed and many other enhancements that simplify the installation and maintenance of systems based on Dyalog APL.

We’ll be writing much more about version 17.1 soon, and next year’s 18.0 release in due course. The main purpose of this blog entry is to let you know about new members of the Dyalog team and, unfortunately, a couple of departures as well. 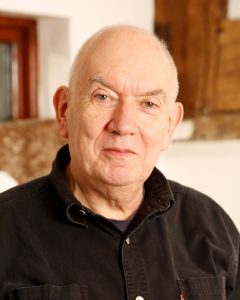 In February, John Scholes passed away. Together with Geoff Streeter, John was one of the original implementors of Dyalog APL in 1982-1983, a cornerstone of all aspects of the Dyalog language and business, and one of the pillars of the APL community. Many members of the community have paid tribute to our Genius, Gentleman and Mischievous Schoolboy at http://johnscholes.rip.

At the end of May 2019, Jay Foad is leaving Dyalog to return to his first love (as a software developer) and become a proper compiler geek again, after nearly a decade of helping move Dyalog APL forward and, for the last three years, helping to “herd the cats” as CTO. We will sorely miss Jay’s technical excellence but understand the desire to hit the sweet skill spot when the opportunity arises, and we wish him good fortune in that pursuit! You can read Jay’s farewell blog post here.

Jay’s management responsibilities will be shared between Richard Smith, our Development Manager and myself; I will be re-assuming the role of CTO until further notice.

The good news is that we will welcome several new people to Dyalog in 2019 – new hands to write code in APL, to work on the APL interpreter, and to write documentation and training materials to help new and old users get their work done more effectively.

In response to client requests and to help new clients get started writing their first APL systems, we are creating a consulting group in the USA. To date, we have recruited two members for this team: Nathan Rogers joined the team at the end of April and is based in Denver, Colorado, and Josh David starts work for Dyalog in early June (as soon as he graduates) and will be based in New Jersey. If you think you have heard of Josh before, that is probably because he was a winner of the Dyalog Problem-Solving Contest in 2016 (https://www.dyalog.com/news/112/420/2016-APL-Programming-Contest-Winners.htm) – and a runner up in 2015. Nathan found us thanks to Adam Brudzewsky’s work on Stack Exchange: https://chat.stackexchange.com/rooms/52405/the-apl-orchard. You can reach them both using e-addresses in the form firstname at dyalog.com.

When members of the consulting team are not working for clients, the intention is that they will be members of the APL Tools Group at Dyalog, working on new tools for APL application development and helping create test suites for Dyalog APL. They will also support Richard Park, who joined us late in 2018, to work on the creation of training materials and tutorials for new users.

Once we have a better idea of the demand for consulting in North America, we expect to grow the team. Please let us know if you could use hired APL hands – in any territory! If we don’t have the resources ourselves, we may be able to find someone else.

Nathan comes to us with experience from a broad set of tools and programming languages. In addition to writing tools in APL, he will be a part-time member of the core development team, working on the APL interpreter and its interfaces in C, C#, JavaScript, Python and other languages. However, he won’t spend enough time on this to make up for the loss of Jay, who (like most managers at Dyalog) spent a significant amount of his time writing code.

Therefore, as described at https://www.dyalog.com/careers.htm, we are recruiting at least one C / C++ programmer to help us grow the core team.

A Busy – and Exciting Time

2019 is looking like an extremely busy year, with significant growth at Dyalog. As usual, our plan is to bring all the new (and old) hands to the Dyalog user meeting, which will be held in Elsinore, Denmark this year – September 8th to 12th. Details of the programme will soon start to appear at https://www.dyalog.com/user-meetings/dyalog19.htm. If you would like to present an APL-related experience to the user community, make proposals for new features of Dyalog products or suggest topics that you would like Dyalog to speak about at the user meeting, then please let us know as soon as possible!

At the end of May 2019 I am leaving Dyalog, so it seems like a good time to reflect on my time here and what I’ve learned from APL and the APL community.

When I joined Dyalog in 2010 I knew nothing about APL, so there was a really steep learning curve as I got to grips with both the language and its implementation. I was using some of my previous experience with compilers to improve the performance of the implementation, and thinking about ways to compile APL. This is a tough problem, and one that many people have worked on over the years (see for example Timothy Budd’s 1988 book An APL Compiler). My own ideas have shifted as I’ve gained more experience with APL and the way it is used. At first I thought “writing a compiler” was an obvious thing to do; now I think that hybrid compiler/interpreter techniques are much more promising, and Dyalog’s recent experiments with deferred execution and thunks are a good step in that direction.

At the same time, there was a lot of excitement around the APL language itself. Dyalog was working on APL#, a new .NET-based APL dialect (sadly abandoned as Microsoft’s own commitment to .NET waned). And Dyalog APL itself was starting to borrow more language features from the SharpAPL/J branch of the family tree, starting with the Rank operator and continuing over many years. This prompted me to delve more into the history of APL, to try to understand some of the fundamental differences between different implementations, so that we could reconcile those differences in Dyalog APL and provide, as far as possible, the best of both worlds. I think we’ve done pretty well in that, as evidenced by the fact that many APLers are happily using Rank, Key, function trains et al in an APL2-based language, something that seemed unthinkable a decade ago.

One of the most gratifying developments in the time I’ve been working with APL is the rapid growth of new APL implementations, open source projects and grass-roots enthusiasm. In particular, the open source movement has made it much easier for anyone with a good idea about language design to implement it, and share it with the world. We’ve seen a wide variety of new APLs and APL-inspired languages popping up over the years, ranging from full-featured to highly experimental, including but not limited to (in roughly the order I remember hearing about them): ELI, ngn/apl, GNU APL, Ivy, April, dzaima/APL and APL\iv.

And speaking of new APLs, of course there is Co-dfns, a compiled APL implementation that tries to solve another tough problem: harnessing the power of GPUs and other massively parallel hardware in a way that makes it accessible to the end user. This is something that many people are trying to do, in a wide variety of languages, but as far as I can tell no-one has quite succeeded yet. The state of the art is still that, in order to get good performance, you need quite a lot of mechanical sympathy for the underlying hardware. But Co-dfns has come a long way, and if any language is well-suited to run on parallel array processors then surely it is APL!

This brings me on neatly to my next job: I’ll be working on compilers for GPUs, the parallel computers that render 3D graphics. They are closely related to their “general purpose” cousins the GPGPUs, which are used for pure number crunching, and to so-called tensor processing units (TPUs) that simulate neural networks for use in machine learning and artificial intelligence. “Tensor” here just means an array of arbitrary rank, or as we would say: an array. For programming TPUs there is a Python-based framework called TensorFlow. But, look closely at the APIs for some of the core TensorFlow libraries, and you’ll see operations like reshape, reverse and transpose, which are eerily similar to their APL equivalents. There truly is nothing new under the sun!

With fond regards to all APLers,
Jay.