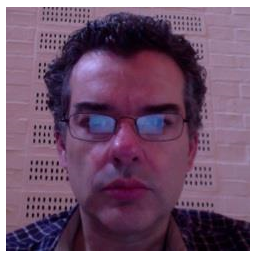 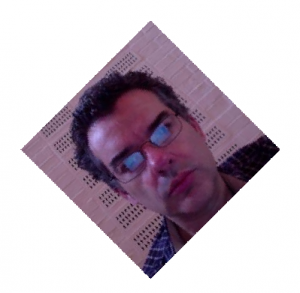 At Dyalog, a developer not only needs access to all of the readily available editions of the interpreter but also to earlier versions that are no longer officially supported. On my Microsoft Windows Desktop I have a folder that contains a shortcut to my developer builds of all these interpreters.

I’ve recently suffered a complete failure of my C drive which, of course, contained my Windows desktop and all my shortcuts – which were lost.

The Dyalog interpreter exists in Classic and Unicode editions and 32 and 64 bit flavours…for versions from 12.0 to 14.1 this is a total of 28 interpreters. I couldn’t bring myself to create each of those 28 shortcuts by hand; let’s not even consider that if I were to build both debug and optimised binaries that would be 56 shortcuts!

Fortunately we have an old COM example (in the shortcut.dws workspace) which is shipped with the product. It’s a trivial exercise to call the supplied SHORTCUT function in one or more (ahem!) loops to create all the required shortcuts: 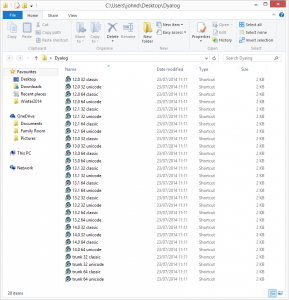