Last Wednesday we hosted APL Seeds ’21, an event for those just starting their APL journey. Although we knew we had a good programme with some exceptional presenters in place, we very quickly had to increase our Zoom webinar limit to accommodate the 287 people who registered to attend! We were surprised and excited by the demographic, spanning 32 countries and with the vast majority having only basic or no APL experience. 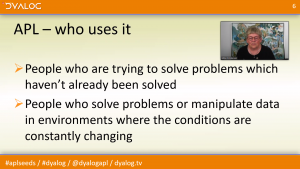 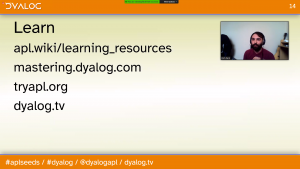 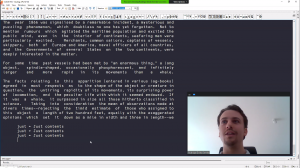 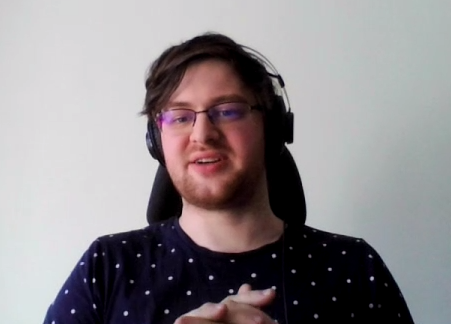 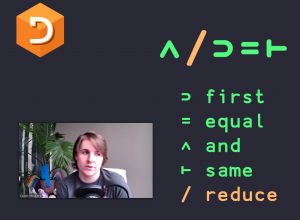 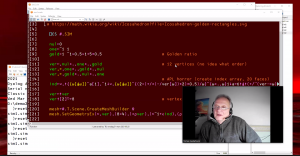 The meeting started with a brief introduction from Dyalog’s Managing Director, Gitte Christensen, who shared her initial “Eureka” APL moment and gave some examples of situations in which APL is used today. Richard Park then took us on a whirlwind tour of APL’s past (including the very cool 1975 APL demonstration!) before demystifying the “beautiful squiggles” that define APL and introducing the modern resources that are available for learning APL (for a summary of these see the suggestions for learning resources available on our website).

The main presentations began with Rodrigo Girão Serrão giving a basic introduction to APL functions and syntax. Using the example of manually justifying text, he showed just how natural it is to process data in arrays by combining a few functions and operators. His initial exploration using a small snippet of text worked instantaneously and without issue on a whole book. After seeing this, hopefully you’ll feel an urge to learn some more – either because you got hooked (like Rodrigo did!) or simply because you want to learn how to think in an array-oriented way, which is very relevant in many situations today, such as when working with GPUs.

Martin Janiczek used a real-life example from the market insights and consumer trends company that he works for (GWI). Despite being a self-described “APL baby”, having learned APL for only around a month, he was able to get to grips with the tree structures that he wanted to use, and talked about how learning APL led him to change his overall approach to the problem. He achieved a highly-performant working prototype in two weeks and with only 172 lines of code, despite starting from the position of a complete APL beginner. Although ultimately his APL model was not taken into production, it inspired a complete rethink and new approach in the eventual product.

Conor Hoekstra (NVIDIA) describes himself as “not an APLer but a big fan”, and his enthusiasm is obvious and contagious! His explorations in APL are YouTube famous, and here again he deftly shows how APL can be used as a tool of thought to explore problems from many different angles with relative ease. He went through multiple different solutions to writing an All Equals function (is every element in a list the same as every other element?), playing with different primitives and comparing the performance of the solutions.

The final presentation came from Tomas Gustafsson, creator of the stunning Stormwind boating simulator. Tomas introduced the technology behind the 3D engine that he uses for his simulator, explaining the code that makes it all happen, before walking us through creating some simple 3-D shapes (a rotating triangle and an icosahedron) and the pitfalls that this entails. From the comments we know he seemed to inspire several members of the audience to want to know more… so for those of you that do, his code examples will soon be available from the APL Seeds web page.

We hope everyone found the event useful and enjoyable (the feedback seems to indicate that you did – thank you!). Relevant materials have started to be uploaded to the APL Seeds ’21 webpage – this page also includes links to recordings of the presentations, which are all on dyalog.tv: