This was originally posted to Catalyst PR’s Facebook page and is reproduced here to make it accessible to people who don’t have Facebook accounts.

For information on the presentations at Dyalog ’14, see http://www.dyalog.com/user-meetings/dyalog14.htm.

During Dyalog ’13, Dyalog Ltd announced an agreement with Syncfusion Inc. The agreement stated that Syncfusion’s Windows Presentation Foundation (WPF) and JavaScript libraries would be bundled with Dyalog version 14.0 (see http://www.dyalog.com/news/81/420/Dyalog-Agreement-with-Syncfusion.htm).

On Wednesday the 25th it was, therefore, a pleasure to attend the presentation by Claus Madsen of Fine Analytics (Denmark), where he presented the company’s InRisk Asset Allocation Platform.

The application is written purely in Dyalog and is aimed at professional investors. Fine Analytics have taken advantage of the WPF capabilities and Syncfusion controls available with Dyalog 14.0 to build a generic asset allocation platform with special focus on the professional investor. A specially designed .NET class facilitates the separation of the administrative and analytical sections of the application and a flexible calculation engine that allows a user to define type/structure/order is an integral part of the platform. All assumptions can be controlled from the professional-looking user interface; the user interface can also be used to change/import/construct/delete/add/copy/export a portfolio as well as add new assets in asset groups.

It’s been another busy day at Dyalog ’14; there’s lots to write about and little time to do it!

This year, 710 registrations were received for the annual APL Programming Contest and the two main winners – Emil Bremer Orloff, student entrant from Aarhus Universitet, and Iryna Pashenkovska, professional entrant from SimCorp and a recent Engineering Mathematics graduate of National Taras Shevchenko University of Kyiv – won invitations to Dyalog ’14 as part of their prizes where they each made presentations about their contest submissions. Look forward to the videos of their presentations which will be available shortly! 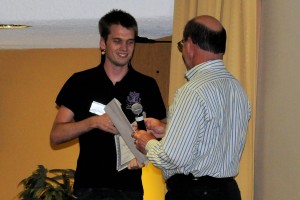 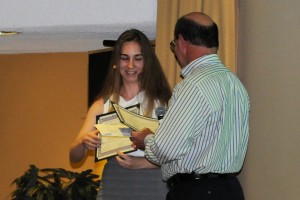 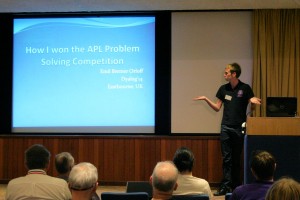 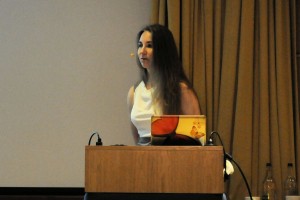 John Daintree showed more aspects of Dyalog’s data binding. Did you know that you can bind to XML stored in files? Did you know that you can create DataTables to bind to an APL matrix? The cddb database sample was re-worked to allow the GUI to bind to the data in a matrix as an alternative to vectors of namespace. Syncfusion controls were used to visually explore the cddb data.

John discussed changes that might come in 14.1, including better support for bound matrices.

Late yesterday, Brian Becker showed how to take advantage of the Syncfusion Javascript controls that are bundled with Dyalog v14.0 on all platforms. This morning, Morten Kromberg and Michael Hughes followed up with demonstrations of how easy it is to enhance applications with Syncfusion controls for Windows Presentation Foundation, which are included with the Windows editions of version 14.0.

With Dyalog (as in any Microsoft.NET language), you have the choice of instantiating and manipulating WPF objects with APL language statements, or using declarative eXtensible Application Markup language, which can either be edited by UI design experts using WYSIWYG tools, or (of course) generated from APL.

Code sample for the RangeSlider:

This year we enrolled our delegates in ‘Spy School’ and gave them the chance to be a spy for a few hours. In an interactive mission that included GPS tracking, teams were given a tablet preloaded with a series of spy related challenges that took place around the local area. The challenges were only activated when the GPS verified the team was in exactly the right location and points were awarded for completing each challenge successfully – the team with most points was the winner. To pile on the pressure, each team had an interactive map showing not only their location but also that of the other teams along with a live scoreboard.

The challenge certainly brought out the competitive side of the delegates and Eastbourne is probably still recovering from the shock of ten teams of APLers carrying out their covert missions around the town centre and promenade. When the final scores were in, it was a very closely run thing with Team Sprat in second place and Team Dover Sole, headed up by a super competitive John Daintree, as the eventual winners. At the final de-briefing we got to see the videos and photos submitted by each team which showed great creativity along with some very over active imaginations! Everyone had a fantastic afternoon with plenty of laughter and not too many injuries (although I am led to believe there may be a broken fingernail or two) and a big thank you to Pretty Clever Events for running the show. 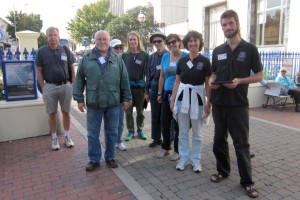 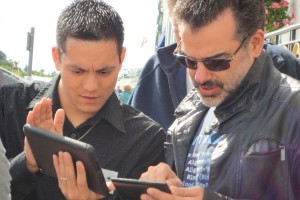 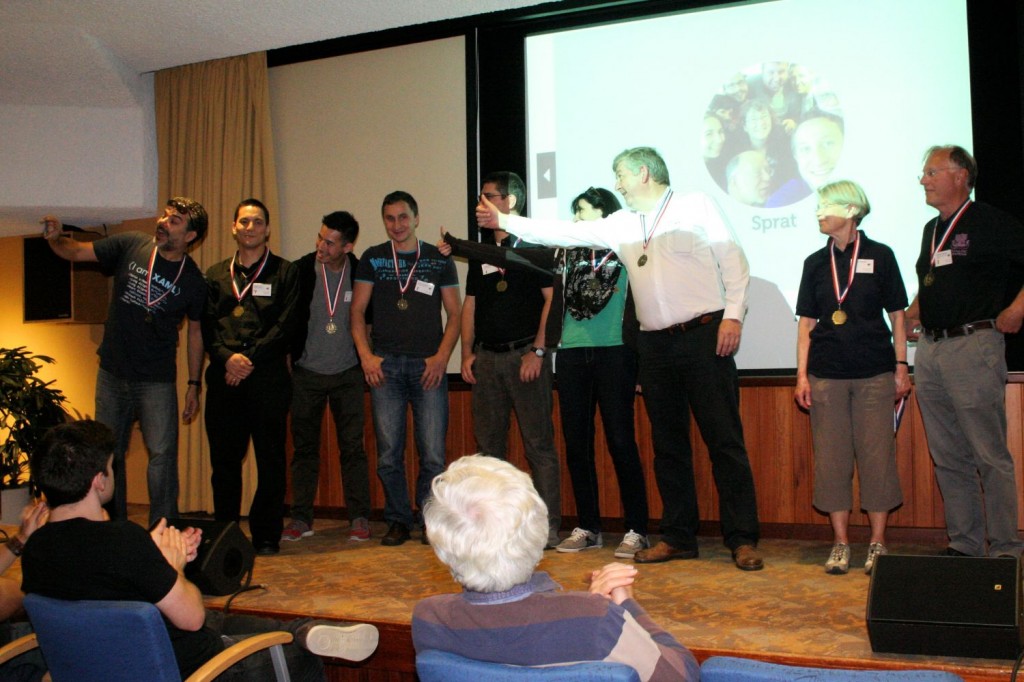 Team Dover Sole take a selfie at the award presentation

Today is due to end with the banquet dinner in the Grand Hotel which we’ll try to include in tomorrow’s postcard.

We conclude events tomorrow with two Dyalog and two user presentations in the morning followed by the closing session at which all of Team Dyalog will be present and open to questions. In the afternoon are the remaining Technical Workshops.